Interview with Dr. Or Dagan

Dr. Or Dagan is a clinical psychologist and an attachment researcher, currently in the role of a visiting fellow at the LEARN! Child Rearing program. In this interview, Or discusses his research on attachment to two parents versus the single child-mother attachment. Additionally, he shares the findings of his research and future goals of the project. 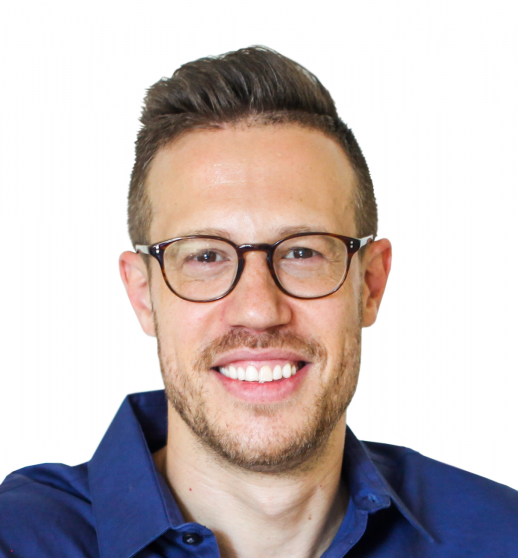 Can you tell us a bit about your background?

Thinking back, I have always been interested in what makes some people emotionally suffer. I studied Psychology and Philosophy for my undergraduate degree in Israel, and continued to pursue my master’s in Philosophy. I focused on existential philosophy and philosophy of science and wrote a book on how science- being a human conduct- is as absurd as human life. In short, I argued that in the same manner that humans wish to live forever while knowing they are only mortal, science strives to find an ultimate truth while being fully aware that it will never reach such a destination. In the process of writing this book, and delving into the writings of great existential thinkers like Kierkegaard, Heidegger, Sartre, and Camus, I have gained a major insight that has stayed with me since then and has driven my clinical and research interests.

I realized that human suffering stems from a constant state of “lack” that is inherent in being alive and conscious. As soon as we are born, we devote an extreme amount of energy to fulfill all kinds of physical and psychological needs, such as the need for oxygen, nutrients, warmth, and protection. With time, we become aware of our lacks and the constant need to fulfill them. If those needs- especially emotional ones such as feeling attended to and cared for - are inconsistently fulfilled or unfulfilled altogether, they can lead to suffering.

But not all suffer equally. I thus became interested not so much in what makes us suffer- after all, being alive often bring about suffering just by the mere fact that we constantly lack emotional needs while being aware of them. Rather, I was interested in who is there with us and for us to help us deal with such suffering as a potential explanation to why some people suffer emotionally more than others. I realized that in order to better answer this question, I should get closer to real-life suffering through working with patients who deal with mental health problems.

I went on to pursue my doctoral degree in clinical psychology at the New School for Social Research in New York City. During my studies, I was drawn to attachment theory and research, which emphasize the role early experiences with our primary caretakers play in our emotional difficulties. I came to realize that attachment theory fit well with the questions that interested me. Attachment theory highlights the human attempts at fulfilling an inherent need for emotional support and the emotional difficulties that may arise when such attempts fail.

Can you briefly explain what attachment is and why is it important?

Attachment is an evolutionary-based behavioral and emotional system that was first articulated, as we know it today, by John Bowlby. The attachment system is designed to endow us with an instinctual tendency to seek support at times of need from a specific group of close others. This is an extremely important instinct to be born with, since we are “thrown” into this world without any capacity to stay alive for long.

We need to ensure physical and emotional proximity, or to be “attached,” so to speak, to our caregivers in order to survive and to learn through repeated interactions with them about our environment to independently navigate it. Generally speaking, when parents are available and responsive to children’s distress cues, children derive a sense of safety from being in proximity to their parents when facing distress. The learned expectation of parental availability at times of need fosters trust that parents will be there to support us should we need them. It also allows for exploring whatever we want to do away from our parents with the confidence that if we fail or find ourselves struggling with something, we can always go back to a secure base and be effectively soothed, and then safely continue with our lives.

But of course, whereas we all have a strong tendency to seek support from others at times of need, some of us don’t receive it. When parents respond insensitively to children’s distress, such as ignoring the child’s plea for help or not being consistently and emotionally available in such circumstances, children are likely to develop insecure attachment patterns. They develop expectations that a wiser and stronger parent will not be available as a secure base, and they are left with a significant “lack”- the lack of felt security, support, and confidence in their ability to deal with life difficulties. As a result, their behaviors are less likely to gear towards a free exploration of the environment, which itself limits their ability to live fulfilled lives.

What led you to research attachment to two parents versus the often-researched single child-mother attachment relationship?

As I was working on my dissertation, looking at how attachment security decreases the otherwise strong association between early life trauma and accelerated cellular aging in young adults, I met a prominent figure in the attachment research field, Dr. Avi Sagi-Schwartz from Haifa University in Israel. As we began to chat about our research interests, Avi directed my attention to the fact that the agreement about the importance of multiple caregivers in the developmental trajectories of children, very little research has been conducted to assess the joint effect of mothers and fathers on children’s outcomes. The little research that was conducted used relatively small sample sizes, which is statistically problematic since it does not allow for robust conclusions about the findings that these studies yielded.

I got excited about researching early attachment networks to mothers and fathers since it brought me full circle to my interest in human emotional suffering. At least in traditional Western two-parent families, I thought, understanding the quality of early relationships to both parents is understanding the lenses through which children learn about dealing with life difficulties and about whether and to what degree they can emotionally rely on others to support them when dealing with such challenges. Not developing a strong belief, based on repeated experiences, in the ability to effectively solicit emotional support from our parents, may explain why some of us emotionally suffer more than others. Studying an attachment relationship with only one parent is simply overlooking half of the story. So Avi and I decided to first map the problem of not conclusively knowing and not thoroughly researching the joint effect of attachment to mothers and fathers on children’s socioemotional outcomes, and proposed new theoretical models to propel systematic research towards answering this unresolved question.

After publishing a couple of papers on the subject, I collaborated with leading attachment researchers, Drs. Carlo Schuengel and Marije Verhage from the Faculty of Behavioral and Movement Sciences, Clinical Child and Family Studies, at Vrije Universiteit Amsterdam, and established the Collaboration on Attachment to Multiple Parents and Outcomes Synthesis (CAMPOS).

'Studying an attachment relationship with only one parent is simply overlooking half of the story.'

Through such international collaborations, we combined previously collected data from multiple sites across the globe on children’s attachment relationships with both their mothers and fathers and on children’s mental health and cognitive capacities. So instead of individual small datasets, we have compiled one large dataset, which allows us to simultaneously analyze data on many children and their parents- more than 1,000 child-mother-father triads- and be more confident in the conclusions that we derive from the findings.

Can you tell us a little about the findings that your team has come up with thus far?

What are the future steps in the project?

At the moment, we are in the process of analyzing outcome data that will allow us to better understand the predictive power of attachment networks to mothers and fathers on children’s effortful and inhibitory control, emotion regulation, and social competence- all of which have been shown to increase the long-term vulnerability to mental health problems. Another future avenue I plan to pursue is a recruitment of a large birth cohort, potentially in collaboration with multiple research laboratories around the world, and follow children longitudinally so to better understand the influence of early attachment networks to mothers and fathers on the stability and change in mental and physical health problems. Such research design will also allow for tapping on potential mechanisms that contribute to such developmental trajectories.

Interview with Or Dagan 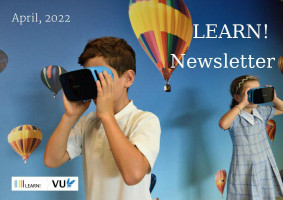 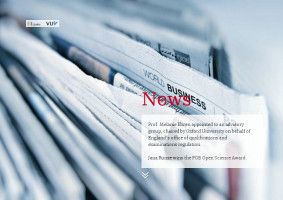 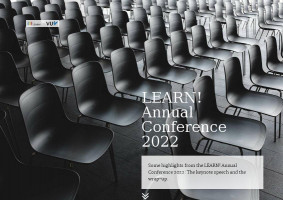 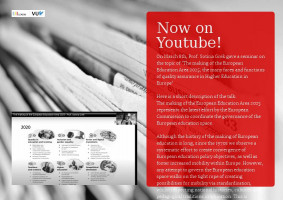 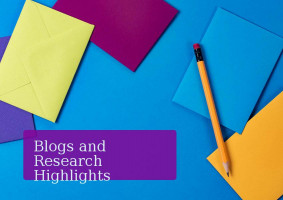 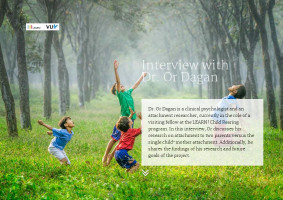 Interview with Or Dagan 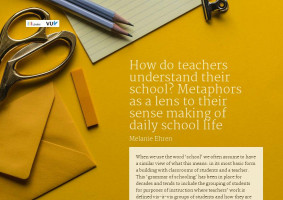 How do teachers understand their school 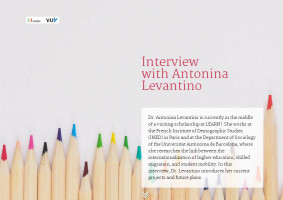 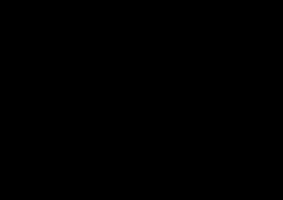 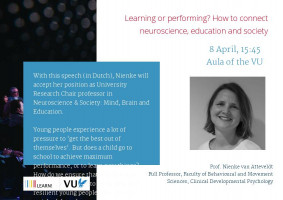 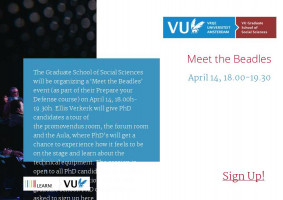 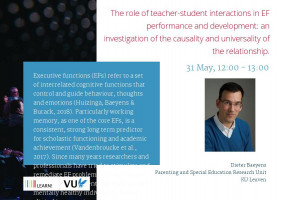 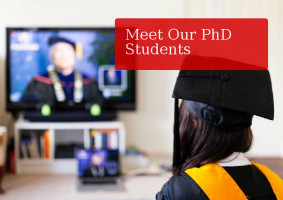 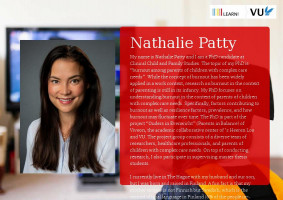 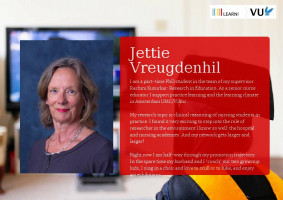 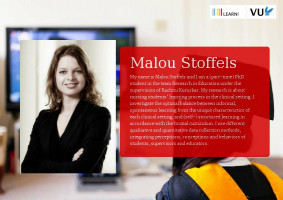 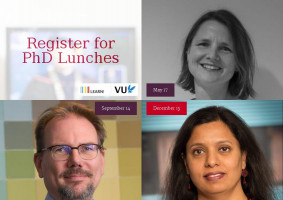 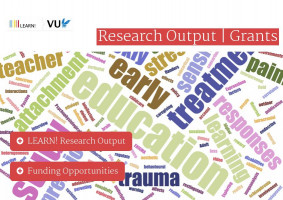 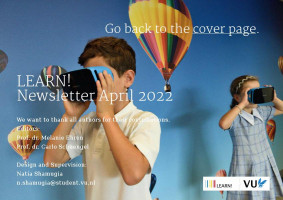